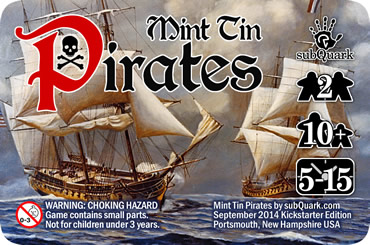 Destroy their crew or sink their galleon to win.

Two pirate captains are resolute on getting rid of each other. But there’s no easy fighting on the high seas with waves, wet gunpowder, and slippery hands. Cannons, pistols, bombs, and knives don’t always hit their targets.

And when all seems lost, the Pirate Ghost gives you one last fighting chance!

Place the gold cube and Pirate Ghost between the ships.

Shuffle and deal 5 cards face-down to each player.

Doubloons are wild and can be used to complete a pair.

Top right number is the total number of that card in the deck and its chances of success:

First one to lose all their crew places the Pirate Ghost on their ship and discards 2 cards.

Pirate Ghost plays with only 3 cards (or 4 cards with the gold). Pirate Ghost is always the last to be lost if you gain back any crew. Losing the Pirate Ghost loses the game.

Place gold on your ship and play with an extra card!

If the other player rolls a double, they take your gold and an extra card, and you lose your extra card.

Each pirate on your ship is 2 victory points, lost pirates you’ve claimed are 1 victory point each, and gold is 1 point.

So small to carry, perfect for travel, and quick to learn, but so much depth to finesse. Thanks for creating that!
Paul W. 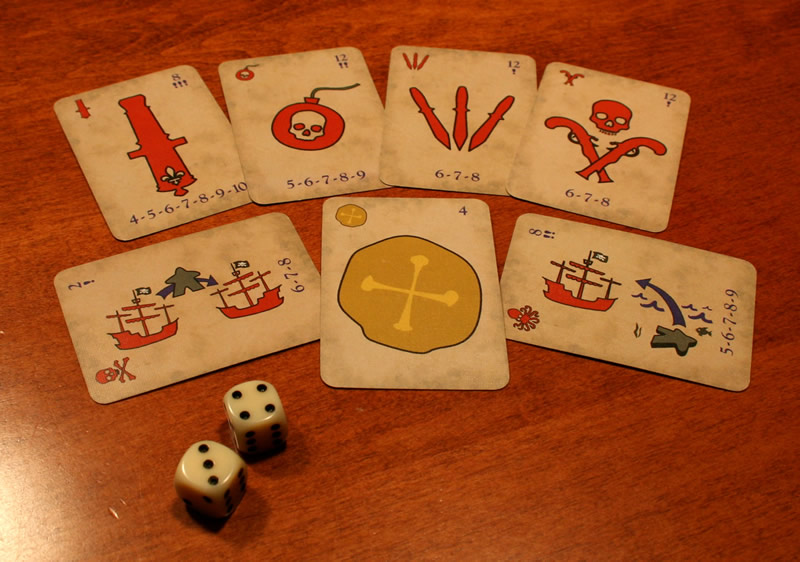 Rules in French by Francois

Excellent French translation of the base rules in a PDF.

Rules in German by Erik

Outstanding German translation of the base rules in a PDF. 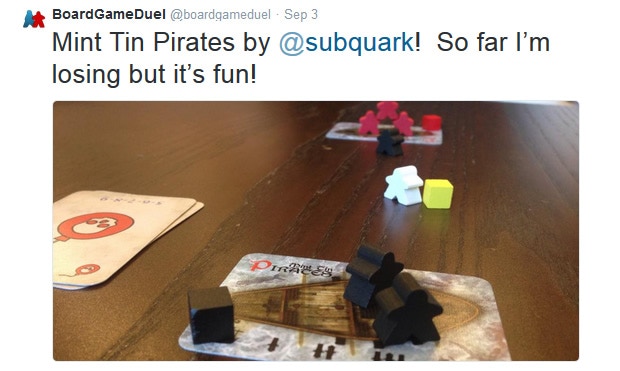 Mix any, or use all, of these suggestions to make longer games.

4) Last Man/Ghost, Gets The Gold! by Matt Choules

In this three-way battle royale (2-player vs. AI or 3-player) and/or a semi-co-op variant of Mint Tin Pirates, the aim is simple: